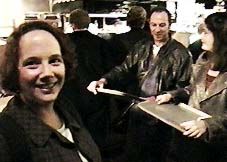 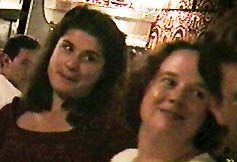 Interesting idea, huh? I turn 35, have dinner at a classy dive on Powell Street, and invite all comers. It’s the sort of thing which could be either truly creepy or tons of fun. Of course, the fact that it was both self-obsessed and self-indulgent rather goes without saying.

I really didn’t think many people would show up. It was windy and foggy. It was a Tuesday. It was scheduled for a great but little-known restaurant on a block few locals ever visit. But people came! Thirteen to be precise, four of whom I’d never even met before. It was pretty damned cool and not creepy at all.

As I waited out front with Sarah, in an effort to make sure my blood’s nicotine level was in the acceptable range, people showed up one by one, and we all waited patiently in line for din-din, since (of course) there was a long line at Tad’s for the first time in recent memory. 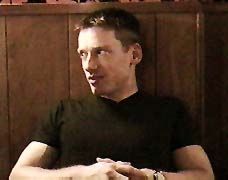 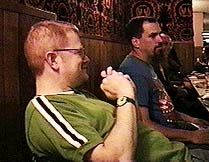 We pretty much gravitated to the exclusive upper room, where one feels much more intimately connected to the red velvet wallpaper, as most of the downstairs tables were taken. It’s just different upstairs: no naked cherub light fixtures nor serving line noise. It’s also hotter than hell. 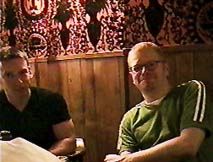 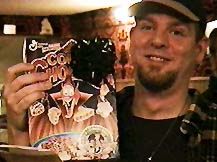 Sarah and Brad were there, as were Grant, Barry, and Trixie. Mark and Eugene and David, Spike and Becky and Jamie (who managed to find her way here even without email) all joined in the carnivorous delight. Tim dropped in to say hello. And at the and of the table sat the keeper of my favorite website, who I dared not photograph. 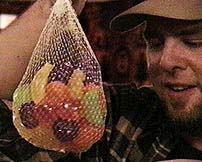 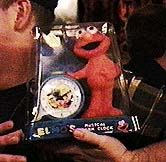 And I got presents. I wasn’t supposed to get presents. I’m not complaining. Not when I have Count Chocula handed to me with a bow on it. Nor will I complain about festive and colorful iced tea glasses with cool fruit ice cube thingies (which probably have a better name) nor even the Elmo alarm clock which now wakes me with teh theme from Sesame Street. Nope…no complaints at all… 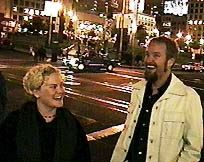 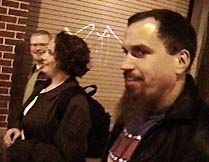 After dinner, the remaining eleven of us made the leisurely stroll down Geary to David’s Deli for dessert. The hostess (no doubt sensing what was afoot) emptied the Celebrity Room of old people before seating us there. Everyone sang to me and requested a speech. Everyone soon realized that I’m much better with a keyboard than a mouth. 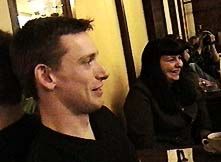 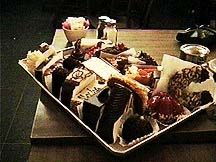 I drank coffee. David’s is one of the few places I do this, mainly beacuse when you order coffee here, they don’t ask “what kind?”. This choice of caffeine at 10PM would later haunt me. 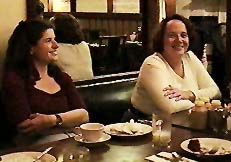 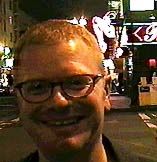 After desert, five brave souls remained for the walk to Hole in the Wall at Eighth and Folsom, where I was kept out way past my bedtime. This would explain why it took me two days to post these pictures.

All I can say is thanks. It was great. Everyone seemed to enjoy it. People talked and mingled and everything, more so it seemed than even at most “traditional” parties. And not a single business card was exchanged.

There will be a repeat performance. The Tonga Room comes to mind. It should at least be photogenic…