Mark and I agreed to meet at the Wal-Mart in Los Banos on Friday night. I’d arrived a little early to find accommodations for the evening. And when I say “a little”, that’s exactly what I mean. It took me over three hours to drive that 115 or so miles, thanks to traffic jams everywhere on 101, and then again across the Pacheco Pass. 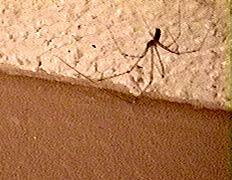 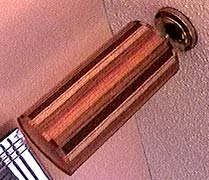 Maybe my fatigued state was the thing which made the Sunstar (Sunspot? Sunstroke?) Inn look relatively benign. Either way, it looked better than most of the other motels along Pacheco Boulevard. There’s no Motel 6 in Los Banos.

Anyway, I figured it would be OK for one night and it pretty much was, despite the fact that it had been remodeled about 1989 and was apparently last cleaned about the same time. Apparently missed in this renovation was a cool lampshade from the late 1960s, which we both craved and pondered stealing. The place had full cable, although the TV picture was disturbingly green. And there was heat. And a bed, which was an absolute requirement for Mark’s first round of motel sex ever.

We met at 7:30 and spent just long enough in the Wal-Mart to buy an extra pillow. Then we went back to the room and befouled the bedspread. It had been almost two weeks, after all. Squishy sex, shower, and time for dinner. 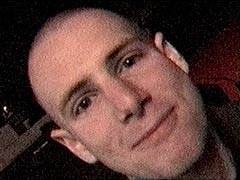 We drove around Los Banos looking for food and, upon realizing that nothing but Burger King seemed to be open, we ended up in Santa Nella. There, we found a Denny’s. A good Denny’s. Not one of those stupid Denny’s Diner nightmares, nor even one of the ones renovated in subtle and noring pastels. This was a semi-original, albeit with some new paint and chairs, and it even featured the cartoon-style logo.

It was good. And so was the, ummm, creative way we burned off our calories afterward.