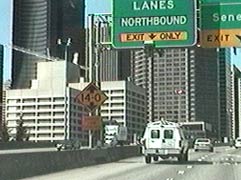 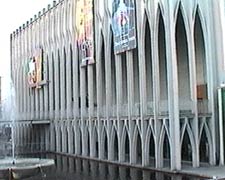 Exploring Seattle was something I’d been itching to do again since I was ten years old and saw my first wino ever on a street corner in Pioneer Square. This trip, I actually got the chance. Today was reserved largely for downtown and the Seattle Center, home of the Space Needle which was celebrating its 40th anniversary this month. Yes, we ate up there, and yes, I sampled the special 1962 menu for $19.62.

I also noticed that the Pacific Science Center (a former pavillion from the 1962 Worlds Fair) bore a disturbing resemblance to the former World Trade Center. 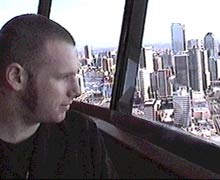 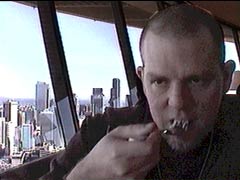 The food was good (despite what we’d been told) and the view was, of course, amazing, and neither of us seemed particularly embarrassed to be a tourist.

After doing the needle, we got on the monorail and headed downtown. Interestingly, after forty years, Seattle may be on the verge of actually expanding the monorail to something more than a mile-long run between two places only tourists ever want to go. We’ll see. 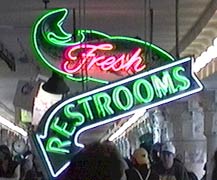 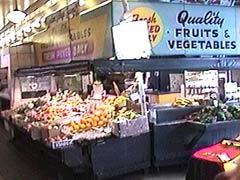 Once downtown, we walked through Pike Place Market (where I had good luck at finding four dollar books) and saw the original Starbuck’s (no comments please). I realized that my allergies were kicking in bigtime and began talking like Brenda Vaccaro to stay in character. 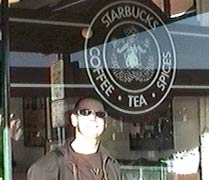 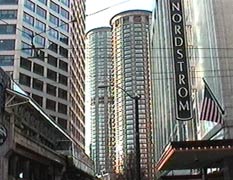 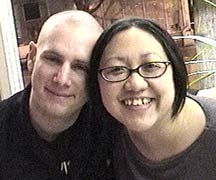 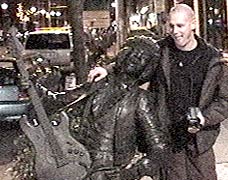 We met up with Cho in Capital Hill about 8:00 and proceded to dinner at a good Thai place which probably had a name, but I don’t remember it. We also toured the neighborhood, visited some really cool bar (with a name I also can’t remember, but it had something to do with “bad juju”) and posed with the Jimmy Hendrix statue. I also blew my nose a lot, which was no doubt becoming increasingly annoying to all who came in contact with me. 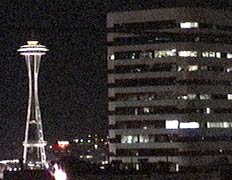 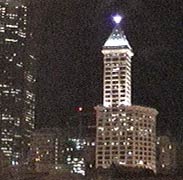 Liked Cho. Liked the view from her fire escape. Opted against visiting the nearby bathhouse…

Afterward, we went on another long and semi-aimless drive through the streets of Seattle in search of neon signs, motels, diners, and maybe beer… 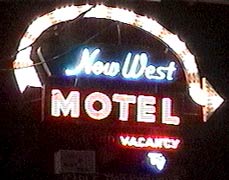 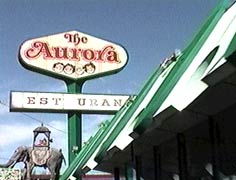