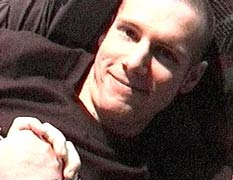 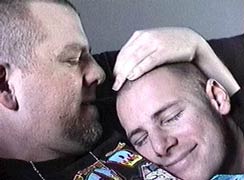 I’m spending one of my last weekends as a bachelor. In a little more than a month, the boy of my dreams will be living with me. Who could’ve seen that coming a year ago?

This is a pretty significant thing for me. I’ve gone nearly 38 years without so much as thinking about moving in with someone (“moving in” being a euphemism for a situation unlike the standard roommate arrangement). I’d pretty much figured I’d spend the rest of my life in a sort of hermit-like bliss, never allowing another person to get quite close to me to justify waking up together every morning.

I was not looking for a relationship, much less a rather permanent one with a cohabitation component. It’s been the farthest thing from my mind for many years. Some people have suggested it’s even completely foreign to my nature.

So what happened? How did things change so drastically? And why am I so absolutely sure I’m doing the right thing? Why was there essentially no hesitation on my part as this whole situation unfolded? 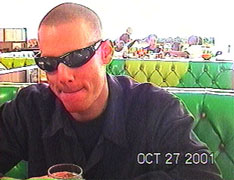 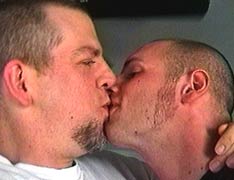 It’s very simple, actually. I went down to Fresno one weekend last fall with two goals in mind: to do research and take pictures of supermarkets and to meet this rather interesting individual who’d been emailing me for a month or two and had recently answered my personal ad with one of his own. He seemed like someone I wanted to meet, and I figured we might hit it off well and even engage in some carnal pursuits.

We met on a Friday night at Club Fred. The first time I saw him was when I realized I was behind him in line at the bar. As he turned around, I realized he was about the cutest boy I’d ever seen and I knew that it would be an aesthetically-pleasing way to spend an evening at any rate. But then we started talking. And I was hooked.

For me, it was as if we’d been friends for years. Everything was natural and informal, nothing was uncomfortable, and I realized from the very first night that this would last a lot longer than one night. Mark had an amazing intelligence and maturity about him; he talked about things I was actually interested in and talked about them in a way which showed he was informed and had an appealing intellectual curiosity.

After that first night, I returned to the Motel 6 and wrote in my trip notebook the words “My God. I’m in love.” I was sort of joking and overstating, but the words had a certain ring of truth. And they turned out to be prophetic. 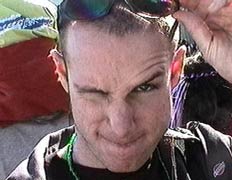 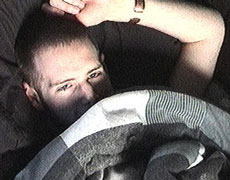 Over the next few months, as we got to know each other even better, I felt no sense of pressure and no sense of impending doom. It was so unlike any other “relationship” I’d experienced. I never felt that I had to pretend to be anything other than what I was. I didn’t need to “hide anything” lest I “blow it”. Maybe it was the distance factor, but I think most of it had to do with the fact that we both tend to be strong individuals, and that neither of us was comfortable with sacrificing any of that individuality to the “greater goal” of relationship-building or whatever.

By New Year’s, we’d declared our love for each other (and yes, the first time was under mildly amusing circumstances which didn’t involve sex, thanks). This was, at least for me, a few weeks after the actual realization had hit. Also, by this time he’d met most of my friends and even my mom, and we were more or less spending every weekend together (and annoying everyone we knew by whining about it on those weekends we were apart).

The idea of our spending a lot more time together had already crossed my mind. I’d never met anyone like Mark before; with past boyfriends, I’d always felt a little relieved when they went home and I could be on my own again. With Mark, though, I just wanted to spend more and more time with him. I still valued my solitude and my “personal space”, but I was pretty damned comfortable with the idea of spending most minutes of most days with him. 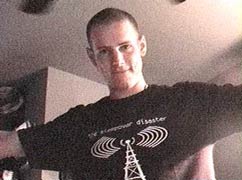 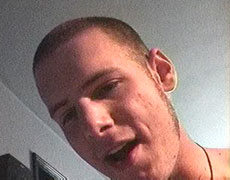 It works because we really don’t have too many expectations of each other. We’re together because we want to be, not because we’re “supposed to be”. We love each other as individuals, not as “relationship units”. We’re mushy and romantic because we really feel it, and not because we need constant reassuring. I still wake up in the middle of the night, watch him sleeping next to me, and feel the most amazing sense of contentment and marvel at my good luck.

And, contrary to what I’d always believed, the sex does get better and better when you keep practicing it on the same person. So does the pillow talk. 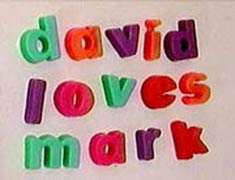 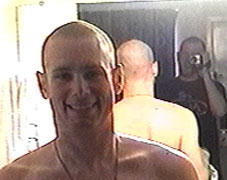 I have no reservations about sharing my life with Mark. I’d probably have no reservations even if we hadn’t been romantically involved more or less from the start. He’d be one of the best friends I’ve ever had, and I’d want to be with him even if we weren’t pursuing carnality with relish. That said, though, I can’t imagine that we ever wouldn’t be doing so.

Dammit, he’s absolutely perfect for me, from his obsession with diner food and somewhat bleak cityscapes to his love of Cops and Teamo Supremo, and from his capacity for critical thinking and “intellectual stonewashing” to his distaste for trendy jargon and cute, gentrified neighborhoods. He has (and can express) his emotions, but he doesn’t let them cloud his overall view of the world. He can hold his own in arguments ranging from music to bad TV to city planning to Constitutional rights. We don’t always think alike, but we share thought processes. We don’t share every interest, but we do share surprisingly many, and we’re not repulsed by any of the ones we don’t share.

I didn’t think such a person existed, and I’m so amazingly glad I met him. And I’m excited about that next step. I’m looking forward to being with him for the long haul.

I love my boy…