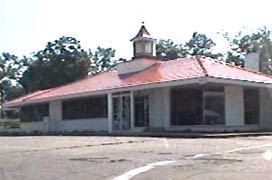 Today was a fairly long day, with an awful lot of travel (in two directions). In the afternoon, Mom and Dad took me north to Danville VA to hit the thrift stores and this big discout store they go to up there. I bought a nice new pair of $58.00 Silvertab jeans for $18.00 and got a few shots of “used to be” buildings, one an old Howard Johnson’s restaurant and one a former Burger Chef. 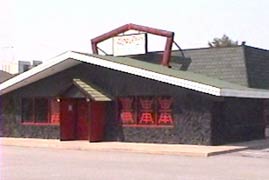 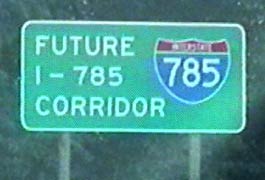 We came home down the “Future I-785 Corridor” (now simply known as US 29), had a quick dinner at the cafeteria, and I headed south to Charlotte to pick up Mark at the airport and then go ever farther south. 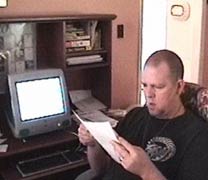 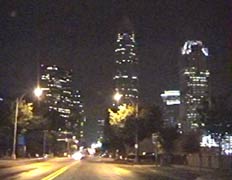 Once grabbed at the airport, we did a late-night drive around Charlotte and had dinner at the very same Waffle House my parents had taken me to on Saturday night. I showed him some of my favorite strips, and downtown, and all the sites you can see in one very fatigued evening.

And then we went back to the Motel 6 and committed several felonies together. Or what we thought were felonies, at least. Actually, they’d just been ruled legal and Constitutionally-protected activities mere hours before…