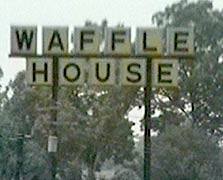 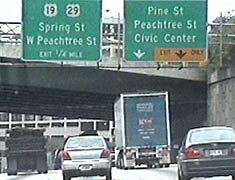 After a not very early start and breakfast at Waffle House (in this particular one, smoking had evidently just been banned), we went back into the city. 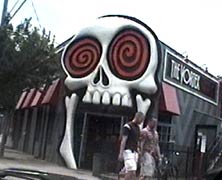 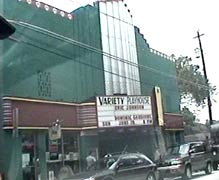 The first stop was Little Five Points, also known as the Haight Street of Atlanta, and the neighborhood where Miss Daisy finally allowed Hoke to drive her to the Piggly Wiggly. We hit Wax-n-Facts (I first visited this store almost 20 years ago) and Criminal Records. Then we drove around the neighborhood. I was happy, because I’d finally found a Minute Maid Orange Soda, which had not been an easy task in North Carolina. 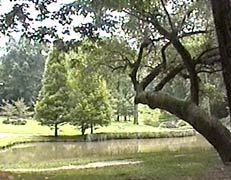 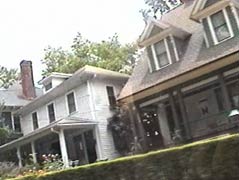 Inman Park and the area around Little Five Points is quite beautiful and doesn’t seem all that pricey or “precious”. It’s another potential home, methinks. 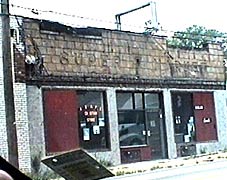 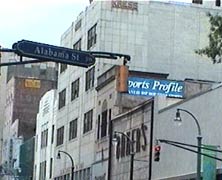 Farther down Moreland Avenue, we found an old A&P which still bore the impressions of its old “Super Market” lettering, even though it probably hadn’t served in that capacity for over forty years. I was excited. Mark was accommodating. 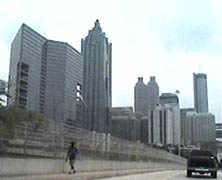 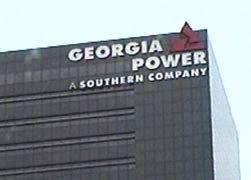 We went back downtown for more photo ops and then made for home, after obtaining gas for about 70 cents a gallon cheaper than in San Francisco. I would have liked a lot more time in Atlanta. Mark would have too. A repeat visit will be forthcoming.

The drive back was from hell. We encountered a nasty traffic backup about twenty miles north of Atlanta, and things weren’t crystal clear the rest of the way either. It was, after all, the Friday which began Fourth of July week. We ended up eating at the very same K&W as yeaterday in Greenville. Mark liked the cafeteria scene, I think. 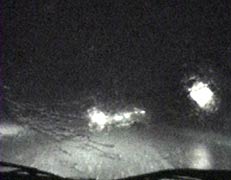 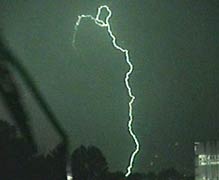 As soon as we got back to North Carolina, it started raining. By Lexington, it had become one of those torrential summer downpours with thunder and lightning. It was cool. You never see rain in summer in California, and you absolutely never see rain with this much volume. I liked it.

Finally, we arrived back in Greensboro. Mom and Dad were relieved.