It was a really long and very cold San Francisco day, and I was glad to see the 12-Folsom finally coming down The Embarcadero. Once I finally got on the bus, I realized I only had a five dollar bill. We were almost to my stop on the edge of downtown Greensboro before a nice platinum-blonde lipstick lesbian (who was strangely flirty) gave me change so I could pay the fare.

I got off the bus and walked a couple of blocks toward Elm Street. For some reason, the stop wasn’t at its normal place, but I didn’t find this terribly odd. I was, however, surprised by all the clutter in the streets: barricades, concrete barriers, etc. Then I realized that I was in a roped-off area along with an older lady who had been on the bus with me. And all of a sudden, there was a crowd of onlookers by the ropes – hundreds of them.

I heard a pop like a firecracker, then a horn and a bell, and a shout. Instantly, I knew what was going on. I turned around, and within seconds, a 12-story building a block a way was being imploded. Thinking fast, I suggested that the older lady and I run away quickly before we were enveloped in a cloud of dust. I was particularly worried about the dust, because I was already a little stuffy. We ran across all the debris in the street, debris which didn’t come from the building, but which had already been there when we arrived.

A couple of blocks away, we figured we’d safely outrun it all. There were still lots of spectators milling about. Everyone looked a little lost because they apparently had torn down a different building than the one everybody was expecting. We waited a while to see if they’d go ahead and bring down the right one too, but I got bored and decided to walk home.

After hiking the three or four miles down Spring Garden Street to my parents’ house, I found Mark there waiting for me with several friends I hadn’t seen in years and whose names I couldn’t remember. Mark and I decided to go to bed.

And I woke up with him this morning back in San Francisco, ready for another day at work. I hope today and tonight will be slightly less eventful. I’m rather tired.

Saw the new Sylvan Learning Center commercial this morning, featuring yet another annoying, doe-eyed, blonde Mormon child and his annoying, doe-eyed, blonde Mormon mom. When will they just go ahead and start using the tagline “Sylvan Learning Centers: Fixing all the damage those horrible brown-skinned children have inflicted on your child’s education”?

Every time I walk by the old Pacific Stock Exchange and see how it’s been stripped of all its dignity and transformed into an upscale gym, I think about how I’d almost rather that they’d torn the damned thing down. Even if you aren’t a supporter of capitalism — and I realize that a significant number of San Franciscans are rather ambivalent about this particular economic system — you have to wish they could have found some better use for a building with that much history than to turn it into a trendy latter-day sweatlodge for vain, self-obsessed yuppies…

I finally asked around and found out that yes, there is in fact a San Francisco city ordinance responsible for the fact that every building in the whole bloody city is freezing cold all winter long and stiflingly hot during September and October.

Enacted a year before I arrived in the city, the Structural Temperature Equality Ordinance of 1991 required that no heating or air conditioning system of any sort be employed in any San Francisco building unless said system were designed to REDUCE the temperature during the winter and ELEVATE it during the summer. It further stated that no variance of more than three degrees shoud be allowed between the outdoor and indoor air temperature within any building designed for human occupancy…

And yes, I’m making this up. However, keep in mind that (a) there really DOES seem to be no discernible climate control anywhere in this godforsaken city, and (b) our Board of Supervisors is NOT above passing really silly and pointless legislation…

The Ghost of Mid-January Past:

I feel like I should do something important and journal-worthy today, but I’m not sure exactly what…

So this past weekend, after several years of fights and struggles, San Francisco finally won and I was ready to admit that the city had finally sucked all the life out of me. It wasn’t a big deal, really, and I don’t even care to elaborate. It was just one more weekend’s plans and excitement thwarted by various factors that normal people living in normal cities don’t have to deal with, and I finally just cracked…

I know a lot of completely reasonable and rational people who like it here. I wish them well as I prepare to free up one more mildly substandard and somewhat overpriced apartment in a couple of months…

Thanks to my wonderful husband for putting up with my breakdown this weekend. I promise I’ll be better as soon as the doctor ups my thyroid medicine just a little more, baby… 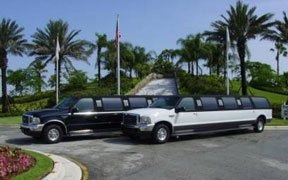 Y’know, for my money, nothing says “style”, “elegance”, “sophistication”, “class”, and just plain old “good taste” quite like a big honkin’ SUV limo…

For your amusement (and to keep me from having to write anything new), it’s the second installment of Otherstream Outtakes, a collections of rants and journal entries I never quite finished or posted over the past two years or so…

Enjoy. If you need me, I’ll be in the living room burning DVDs…

Chris Daly has the audacity to call someone else an idiot?

So has anyone on the SF Board of Supes considered that the proposed 17-cent grocery bag tax (oh wait, I mean “fee”) will — in much the same manner as high cigarette taxes — place the city in the rather sticky position of depending on commodities it theoretically despises just in order to collect additional revenue?

There’s no real deep or hidden message here. I just liked these two houses side by side and felt the need to snap a picture…