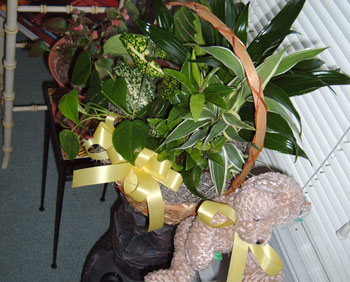 This pair arrived just as I was being interviewed by a reporter from Supermarket News this morning. I wonder if our cohabitation anniversary will be mentioned in the article. Probably not, huh?

Come on. Admit it. This is probably the only website you’ll read all week that’s run by someone who’s been interviewed by Supermarket News. You know it’s true.

By the way, my apologies to anyone who’s tried to use my email form the past week or so. I took it offline temporariliy to thwart a robotic spammer and then forgot to put it back.