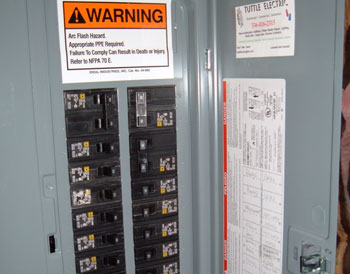 Try to contain your enthusiasm upon seeing our new breaker box. I know it’s exciting, but calm down ferchrissakes. The neighbors can hear you.