After taking my first GRE practice test, I now realize that I am quite verbal, and need some quantitative review. Who didn’t see that coming?

Actually, I’m pretty math-minded as a general rule, but some of the more, ummm, obtuse concepts of geometry really tripped me up, mainly because I didn”t give a flying fuck about them in the ninth grade, and I pretty much still don’t. I find very few real life applications in my daily life. I’m surprisingly OK with much of the algebra, although I have a tendency to make stupid mistakes when I’m not paying enough attention.

Other and unrelated Wednesday stuff: 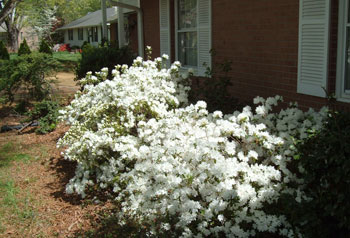 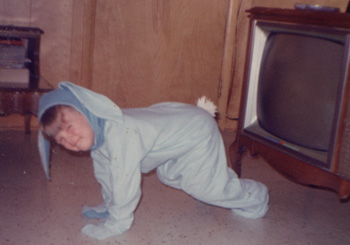 Every once in a while I have a vaguely surreal experience that reminds me how much different my current home is from the one I occupied two years ago. And one happened today, as I was driving down Hanes Mall Boulevard, the local retail strip. Just north of Target, the entire busy six-lane thoroughfare came to a screeching halt, as all traffic in both directions waited for a goose (or a duck?) and her assorted offspring to cross the street.

This didn’t happen very often South of Market, even on Easter Sunday.

Speaking of Easter, one of the coolest things about living in Winston-Salem is that Mitch Easter lives here too, which means I get to see him live at The Garage next month. 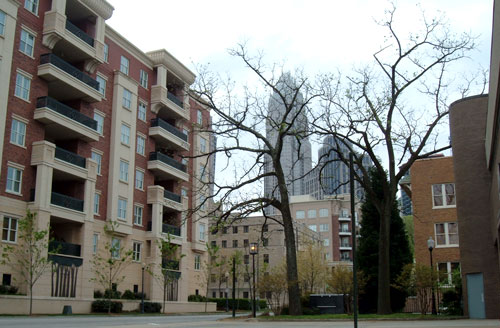 Of course, what I’m wondering is whether anyone got in trouble for allowing it to be shown on TV…

Seriously, who writes these headlines?

Random stuff for a Monday morning:

Hmmm. Less than a year as a homeowner in the south, and I’ve alredy become one of those guys who think most of life’s problems can be solved (or at least minimzed) through the creative application of duct tape.

I’d be scared if I weren’t too busy fixing the gutter. 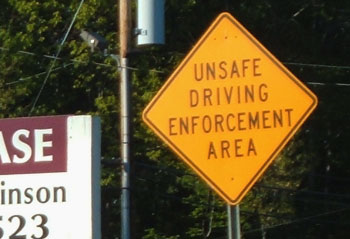 I’ve been meaning to post the Simpsons snippet about Springfield Squidport since (since removed) I wrote my own two rants on Charlotte, urbanism, etc., but I was finally inspired by Mark’s addition to the literature on the subject.

It’s just that this clip comes to mind every time I hear some civic booster in Charlote (or whatever other city) going on and on about how the right “upscale” development will make the city in question some sort of urban paradise. Gosh, if we could just get a Crate & Barrel, it would make everything perfect. Just like Paris, right?

Funny thing is, we both rather like Charlotte. It’s a pleasant enough place, and even though we didn’t end up living there long term, I don’t think either of us was absolutely averse to the idea. The problem with Charlotte, as opposed to some other cities, is that too many people there actually listen to these assorted civic boosters, message board clowns, and other decidedly anti-urban “urbanisists”, and that the “shopping mall as substitute for urbanism” mentality has really take root. As long as it’s “dense” and “upscale”, after all..

Obviously, this mindest is by no means limited to the Queen City, but its followers there sometimes seem almost as common as Baptists.

“Our conclusion,” the commission said in its 41-page report, is that there are “serious theological and liturgical grounds for hope that unbaptized infants who die will be saved and brought into eternal happiness.” The commission added that while this is not “sure knowledge,” it comes in the context of a loving and just God who “wants all human beings to be saved.”

The scary thing is that so many people take seriously the very notion that babies might have to face the wrath of god because they neglected to get a little tap water sprinkled over their heads at the appropriate moment. Or that the issue is even being debated by anyone. What a load of utter bullshit.

In case anyone was wondering why I’m an atheist, I guess this is pretty much as good an illustration as any.

My interesting time waster du jour is the Rearview Mirror section of the Detroit News. Among the features is a history of Hudson’s Department Store. Longtime readers may remember that I once scehduled a three-week cross-country road trip around the implosion of this store. 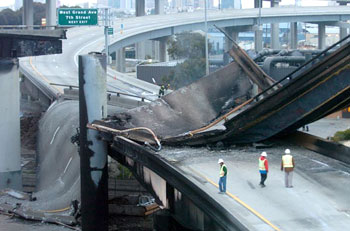 Evidently, this is what it looks like when freeways melt.