It’s been a really long week.

Last Wednesday, my dad went into the hospital for hip replacement surgery. It was pretty major surgery to begin with, despite the fact that doctors tend to minimize it these days. But just to make it a little more difficult on my dad (and the whole family), his brother had been taken to the emergency room the day before with an apparent stroke, and had yet to regain consciousness when my dad went under the knife. 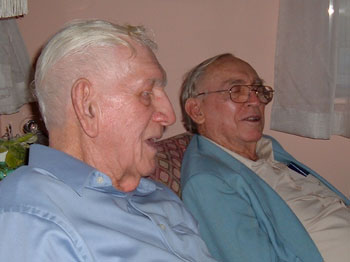 The surgery went fine, with no real complications, although my dad was in really intense pain afterward. My mom was convinced that Mark and I would be OK to leave Friday on our planned weekend trip to celebrate his thirtieth birthday.

The came Friday morning. We were almost packed and were starting to take things down to the car when my cousin called with the news that my uncle had died at 7:30 that morning. Since my uncle’s wife had died in 1982 and they’d never had any children, my cousin and I had shared his power of attorney since his first stroke in January, although she’d ended up doing most of the work. My uncle had spent much of the past six months in and out of hospitals and nursing homes, but he’d finally been able to go home before this last episode, which is a good thing.

I loved my uncle. I’d be lying if I said we were really close and had a lot in common, but he was a good man and I knew he always cared about me. Family was everything to him. And he had a sense of humor that I always appreciated.

Needless to say, we canceled the trip. I spent Friday delivering the news to my parents and hoping it wouldn’t affect my dad’s recovery. I liked it better when they were the ones who delivered bad news to me, by the way. Later that day, I participated in funeral planning and coffin selection for the first time, which is a story in itself. What a quick and efficient way to waste thousands and thousands of dollars. But I digress. 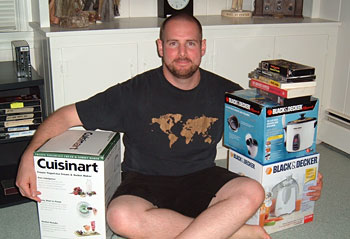 Poor Mark spent his birthday weekend not on vacation, as he very much needed to after a very stressful patch of his own, but as a participant (and even a pall bearer) in funeral services for a man he barely knew. I felt really bad for him and I can’t say quite how much I love him for all his help. We did manage to have a bit of a birthday celebration Saturday night after the family visitation at the funeral home. 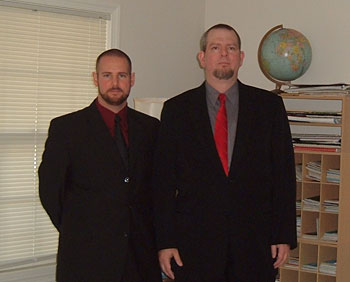 The funeral was on Sunday, and was OK, if a little too immersed in holy water for me. The dicsussions about the will started shortly after the post-interment fried chicken. I’m not sure if I have the stomach for that whole process, even though I know I’ll be very much involved. Afterward, I realized that, since I’d been driving back and forth to both Greensboro (30 miles away) and to Reidsville (50 miles away) at least once each day since Friday, that I pretty much had taken the equivalent of a rather siginificant road trip this weekend. I just hadn’t gotten anywhere particularly entertaining.

And then on Monday morning, the hospital called to give us three hours notice that my dad (who could barely walk) was being discharged. I can’t tell you how much we appreciated all that notice, really. So Monday was spent waiting for paperwork to be filed and finding a rehab facility for my dad. It was all pretty familiar, as we’d done the same for my uncle six months before (on similarly short notice).

Yesterday, I was finally able to catch up a little on work, household stuff, etc. before driving over to visit my dad at the rehab facility. We’re avoiding the term “nursing home”, thanks. Mark, sensing my dismay at not having been anywhere but hospitals, nusring homes, and funeral parlors for six days or so took me to dinner at one of our favorite pizza joints in High Point.

Today, we have company coming for lunch (very late, as it turns out). Tomorrow, I start a new part-time job, where I may have to be on Friday as well. On Saturday, I’m supposed to meet with my cousin for the first round of talks about my uncle’s estate. Several more visits to my dad in Greensboro will be interspersed as well.

On Sunday, I plan to do nothing and have no human contact whatsoever except with Mark. Sunday will be nice.