The Song Remains the Same is on VH1 Classic tonight. Again. Is it there for all us old guys who were still just a little too young to have seen it at the midnight movies as teenagers, or are they trying to force yet another generation to be mesmerized by Robert Plant’s crotch? Robert Plant is kind of gross, and his crotch is not someplace I’d ever really want to be, but the damned thing is almost the primary theme of the whole movie. It’s really quite distracting.

My concentration is shot tonight. I need to make up for lost sleep. I also need to spend tomorrow making up for lost time not spent on work this week. We’ll see how that works out. 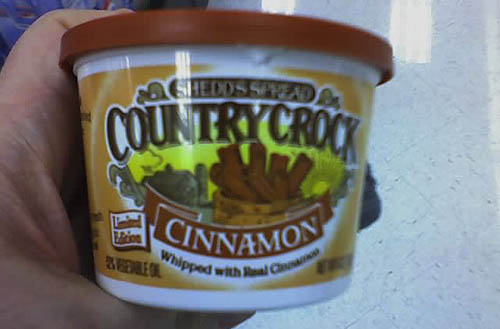 One final thought: did the world really need cinnamon-flavored margarine?