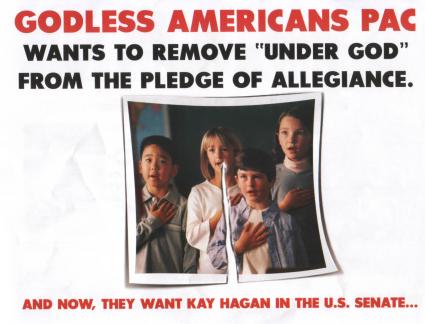 Liddy Dole’s latest campaign mailer manages to successfully display not only her  contempt for those who don’t meet her religious specifications, but also her distaste for all those godless homosexual scoutmasters who primarily get involved so they can molest little Billy or Bobby. While simultaneously stealing Christmas, of course. It’s a pity she couldn’t score the trifecta and somehow sneak gun control into the message as well. Maybe something about how all those scoutmasters want to keep nine-year-old boys unarmed so they won’t be able to fight off atheist homosexual predators? 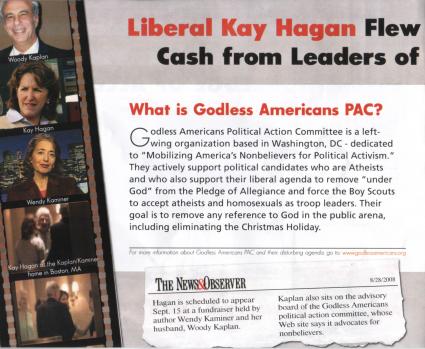 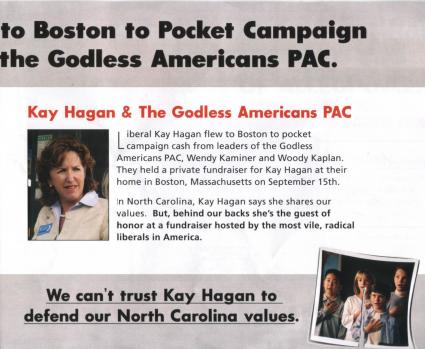 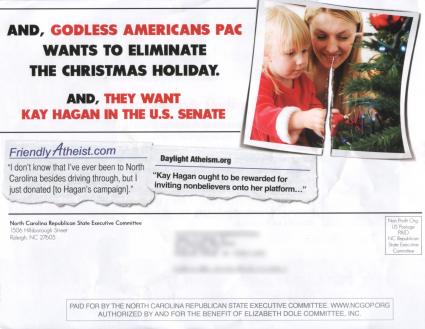 4 thoughts on “The Atheist Homosexuals Who Stole Christmas”