My life is a complete hellscape right now and everyone (myself included) is tired of hearing about it. Things don’t suck for me as much as they do for, say, anyone who lives within two hundred miles of NYC. Thus my whining no doubt gets tedious so I’m going to talk about something happy tonight.

And that happy thing is the fifteen pounds I’ve lost in the past four weeks. Note, mind you, that those four weeks even included a week’s vacation in Canada where I gave up even trying to be strict with my new foodscape (tonight’s running theme is the annoying overuse of “scape” as a suffix). I’m not really sure if it’s the actual mechanics of this “high fat, almost no carb” thing or the fact that I’m just consuming less in general and paying more attention to food overall, but it seems to be working. I feel better and I’m even sleeping better. Go figure. My doctor may actually have been right.

The torture, though, is that I’ve just returned from Canada but I can’t pig out on Mmm…érable and Coffee Crisp even though I still brought some of each back over the border. That kind of sucks.

May I suggest this? I’m using it.

Heck, it may be even more compelling after tomorrow…

Burned by the past two Christmases, which pretty much defined the term “suck”, I’m now done with it. As of this year I will no longer pretend that I care anymore. I’ll do the two obligatory family things unless I can find a good excuse not to but otherwise I’m skipping the whole damned thing from here on out. Suggestions for a new low-carb December tradition are welcome.

Yes, that means you don’t have to buy me a present.

Geeky Saturday nights in the basement with Capitale Rock continue to make me happy.

As with “Nowhere Girl”, there’s no legitimate video. This clip from a 2006 reunion tour was the best I could do. Or you could just listen here. Coincidentally, it popped up in the shuffle today, too. Maybe the iPhone knows what day it is…

In case you care, photos from the Toronto-Montreal trip a few weeks back are now posted. I know I sort of fell down on the job when it came to the narrative. Blame it on an exceedingly busy month. I’ll try to rectify that soon.

Not that I really needed any justification for this sentiment, but I heard my first Christmas music of the year in the campus bookstore this afternoon. What song was it? That stupid bloody “buy my dying mama shoes in case she meets Jesus on Christmas Eve” bilge, followed by some horrifically depressing and funereal organ performance of “Hark the Herald Angels Sing” that nearly had the whole store in tears.

If I’d had any Christmas spirit to begin with, I surely would have lost it right then and there.

It’s been a very tiring couple of months. The scorecard since September:

I’ve decided that if I can get all my paperwork done before Christmas (and if I still have my sanity) I’m going to do something terribly out of character the week after. I’m going to take an actual relaxing vacation. One where I sit in a nice oceanfront room by a freezing cold beach and just watch TV and read all those books I brought back from Canada. One where I feel no compulsion to cover lots of exciting new ground nor take lots of pictures of old supermarkets. And one where I will accept phone calls and email on my own terms.

I’ll probably hate it, but I will at least have tried it once.

Stuff for a quick break from writing job descriptions and assembling reappointment paperwork:

Back to work for another hour or so before departing to go to a retirement party. I’ll probably be here a good chunk of the weekend too, alas.

Three part series on the Toronto area’s lakeshore motels, the last of which was torn down this week.

Let’s just be honest and admit that Thanksgiving was sufficiently miserable that I’m feeling pretty secure in not being too excited about that other holiday. Aside from watching this movie again and deciding I liked it even more the second time around, there was precious little to recommend this particular Thursday in November. But having just talked to two friends who had an even worse day (week), I’m keeping mine in perspective.

It still works, even though I’m no longer a student. I have tons of work to do. instead, I spent the morning cleaning up the house. It looks really good but I still have a lot of words to write this weekend.

And I really hate it when the cable box decides to spontaneously reboot in the middle of “That Girl.” Just sayin’.

At least they don’t say “Now you know how to speak ‘Bear’.”

I think I mentioned once before in this space how much it used to bug me when fags of a certain persuasion would come up to me and say “woof” in an effort to tell me they thought I was attractive. I was never able to find it particularly flattering to be barked at. And I don’t think I would be able to do so now either.

Not that it’s been much of an issue lately anyway.

OK. Back to work. 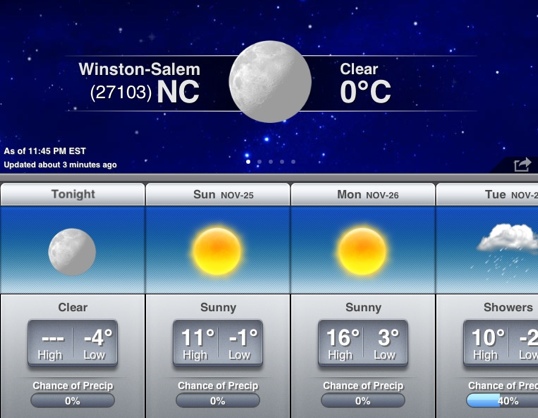 It’s finally time to turn on the heat in the bedroom.