It strikes me that I’m really more excited about getting my parents’ house whipped into shape than I’m prepared to admit. It’s still not my ideal house but it’s the first place in many years I’ve been able to take over and really make into my own space without any outside influences like roommates, husbands, landlords, etc. And while I’m not going to spend a lot of money, I can spend enough to do it semi-correctly. I think it will be  fun. As I spend more time with it and eliminate some of the chaos and the sad reminders, I’m realizing it’s really not such a bad place–even though it will never have a proper Tiki Room.

The extra hour a day that I’m not spending in my car is kind of nice too. It allowed me to meet with a repairman and have dinner with an old friend before it was even completely dark out.

Anyway, I’ll keep you posted. Maybe even with pictures…eventually. I kind of hate that I didn’t take any really good “before” shots. 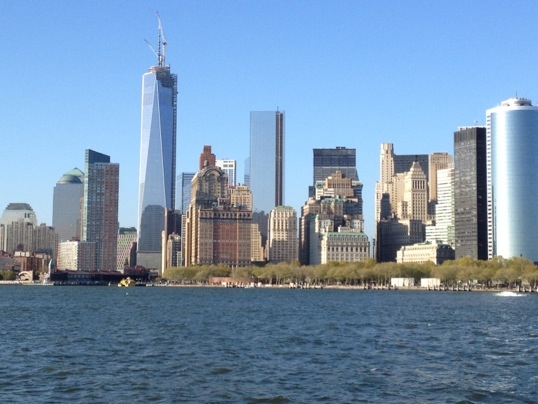 I have been living back on the correct into the country for almost eight years now. Why have I not spent more of that time in New York?

Having a lovely time.

Glad to have old friends who have grown up but haven’t gotten old and boring. 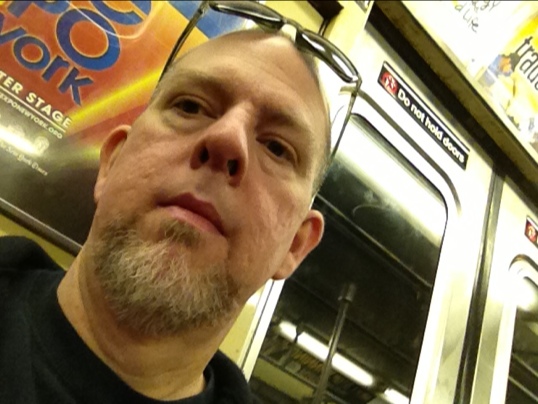 …or this year, at least.

Once in a while I make exactly the right choice. This was one of those times. What a great weekend! Had a quite lovely time visiting old friends Dan, Lori, and New York–none of whom I’ve seen enough of in recent years. Pictures and other such things to follow, but probably not until after I get some sleep and get through a really brutal four days at work.

Completely unrelated: Anyone who’s paying attention knows I’m not wild about hot weather. But I’m also starting to get a little alarmed that it’s well into May and I’m still tempted to turn on the heat because it’s only 60F in my living room. I wonder if this stuff is worth anything…

Be forewarned that there will be several music posts in a row over the next few days. I like lots of stuff this week and have precious little interesting stuff to say.

Your basic LA hipster pop but it’s catchy as all gitout.

The biggest barrier I’ve had to cross in my parents’ house has been getting it restored to my own standard of cleanliness and order. It may shock anyone who’s known me for a long time to learn that I’ve become something of a neat freak the past few years–a rather neat and tidy housekeeper. I have some thoughts about the psychological basis as to how and when this drastic shift occurred, most of which have to do with my need to find some aspect of my life over which I could have complete control at a time when I felt like I was starting to lose it, but I’ll skip all that for now and say that it’s been hard getting the house to that point but I’m beginning to see the light.

There’s still a fair amount of stuff I need to get rid of here before I start moving some of my own stuff in, but I’m spending three or four nights a week here now and it’s not altogether uncomfortable. I’m seeing less of my dad lying on the floor back in January or my mom being completely paranoid and hysterical the year before, and more of where my books and toys and things might look good. Getting my own furniture in here will be a big help but that will probably have to wait until I sell my current house.

After the jump, see where I am so far.  END_OF_DOCUMENT_TOKEN_TO_BE_REPLACED

Thoughts for a Sunday night spent with yet another “dark Canadian drama” recommended by Netflix:

Eight years ago this week, I was working furiously on my escape from San Francisco. It’s hard to believe it’s been so long since we filled up the pod, packed up the Toyota, and left the city like a couple of refugees. So much has happened since then. I’ve called one apartment and three different houses “home” on a variety of levels. I went back to school, got my Master’s, and started an entire new career. I’ve said goodbye to the three most important people in my life, although two of them are still around, if in a somewhat unrecognizable format. The Toyota went several years ago, replaced by a Buick that will be going away soon, too. I’ve reconnected with the East Coast, bonded with Pittsburgh, contemplated cohabiting with Canada, and have pretty much never looked back at San Francisco even for a second. Some rotten things have happened to me here (loss, depression, cancer…) but all in all, I’ve done pretty well on this end of the country and I know that I’m at the right longitude if maybe not yet at the optimal latitude.

Most of the time, geography is not really the cure-all we want it to be, but at two times in my life–when I moved to San Francisco and when I left–the change really was just what I needed. I don’t regret either move.

Random stuff for a Thursday afternoon:

The lady I work with told me it was very odd for her when she called the phone company to disconnect her parents’ land line. I just did the same thing and it was in fact pretty strange. My parents had had the same phone number for forty-nine years. It was the number I grew up with (although it was on its third area code) and I’m reasonably certain I’ll have it committed to memory till the day I die.

I remember being really amazed about eleven years ago when I discovered that Mark’s parents’ phone number was exactly one digit higher than my own parents’ number. It’s a good number; for a brief moment, I considered reassigning it to my cell phone. But it’s time to move on.

OK. I’m scraping the bottom of the barrel. So much for that planned return to high-quality content… I may downsize, but you didn’t really think this could be home without an Elmo, did you?

And yes, having the matched set does make me better than everyone else, thanks…

…how many people stumble accidentally into a Friday night “Hoarders” marathon and are really inspired to spend the entire rest of the weekend cleaning up and throwing things away. It worked pretty effectively for me a couple of weeks ago.

I’d avoided the show like the plague in years past and still pretty much do. The sad thing is that, while I understand there is very selective editing involved, I don’t think this show is nearly as staged as most of the other reality shows. This does not, mind you, make me what you would call a “fan.” But every time I land on it–even for 30 seconds while channel surfing–I feel almost compelled to throw something away afterwards.