…and I’m off to the rational side of the border for my annual October excursion. I didn’t know for sure till the last minute if I’d even be able to go.

I need this trip badly. My stress level is high. I-79 in West Virginia had better watch out. You may not have known I was gone. That’s OK.

Some stats on this year’s October Canadian adventure:

There may be more details later. Or there may not. I can be enigmatic like that… It’s very odd for me to be wearing shorts in Canada.

I’m usually here in October, and it’s usually a bit chilly for shorts. I had fantasized that the Maritimes would be chilly even in July, and it is cooler here than at home, but the daily highs are still much higher than the 25C maximum I was hoping for. Stupid heatwave…

Anyway, quick impressions of the eastern provinces so far: 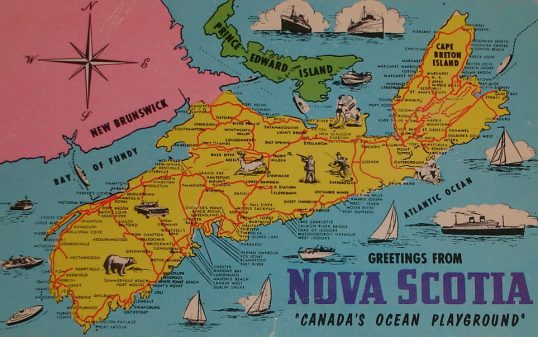 …and you probably aren’t.

I never thought my work would take me to Canada’s ocean playground. Surprises are nice. I’ve already envisioned a scenario where Chris Murphy from Sloan is home in Halifax visiting family, we meet downtown, he decides he likes boys, we fall in love, and I get another chance to immigrate to Canada and go on tour as a band wife.

Since that probably won’t really happen, I’m just going to be excited about hitting three new provinces in a part of Canada I might not otherwise have visited.