Long and lovely trip, albeit with warmer weather than I might have preferred. But it wasn’t unbearable either.

More thoughts and photos soon, plus a LOT of new updates at the other site.

This may sound a tad familiar.

I was sitting in a diner in Niagara Falls this morning having a late breakfast. The Remembrance Day ceremonies were playing on the TV, and when they came to the moment of silence, everyone in the restaurant, including the servers stopped in their tracks and silently looked up at the screen.
It was not obnoxious or jingoistic, just a quiet and reflective display of respect. I found it quite moving. But it also made me worry that my fellow Americans might be losing the knack for such dignified displays, particularly in light of this week’s election.

But yeah, I’m still coming back… 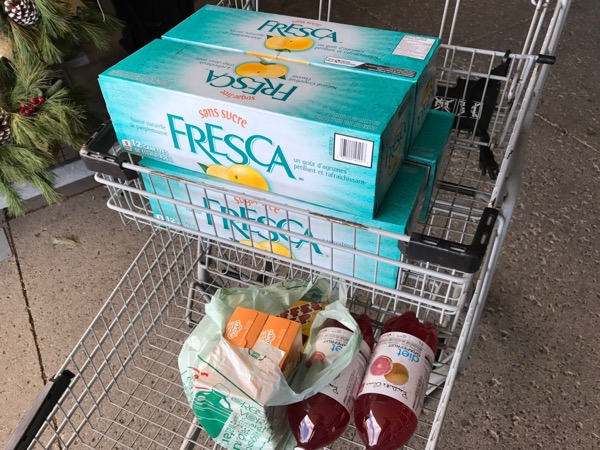 Stopped by Loblaws (or Zehr’s, which is the Niagara Falls branding thereof) for my last minute stock-up, and found that everything I needed was on sale by some miracle. Uneventful border crossing, followed by one last book binge in Niagara Falls NY. Then came the three-hour drive to Cleveland, where I’m spending the night. No exploring for me tonight. I got Chinese takeout, and I’m going to sit here eating it and reading one of my three trillion new books. As luck would have it, I appear not to be getting sick like I thought I was yesterday. 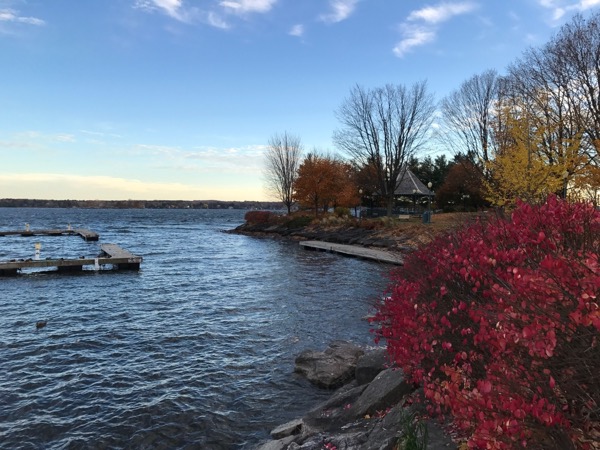 Mostly driving, from Ottawa to Niagara Falls. Had a nice chat with a very pleasant British gentleman who runs a used bookstore in Kemptville, and also explored the downtown area and riverfront in Brockville. I felt a little like I was getting sick all day, but maybe not. Spending the night in Niagara Falls and realizing I’m not going to be able to do research tomorrow here and in Buffalo because the libraries are closed. Alas. I was in kind of of a post-election funk most of the morning (sort like everyone I know, not to mention the entire population of Canada) so I drove across the river to Gatineau, which allowed me to feel like I was in even more of a foreign country. Back to Ottawa for lunch and some exploration in Westboro and another stroll around By Ward Market. Meatloaf and pie in a diner, followed by “The Wrong Man” (the Hitchcock film, not the one we just elected) at the ByTowne Cnema, a 70-year-old theater that just happened to be right next door to my hotel. I was feeling better by the end of the day. The less said about the American election today the better. I spent the day in the warm, fuzzy embrace of the Canadian capital. Roamed around the Glebe, hit a few bookstores, took a very long stroll downtown by Parliament and by Library and Archives Canada, and had a lovely dinner at a Thai place on Bank Street. I swore I wasn’t going to watch the election returns, preferring to wake up on Wednesday with the outcome set, one way or another. That plan didn’t work, alas…

On this U.S. Election Day, I am in Ottawa, the national capital of Canada (I voted early for the first time this year). People here are very apprehensive about what may happen today, me and so am I. If you have convinced yourself that one candidate is “no better” than the other, you clearly have not been paying attention. Perhaps more than in any recent election, there is a very clear choice here, between an America that is paranoid, racist, and governed by irrational fear, and one that is positive, inclusive, and will try to protect the basic rights of all its inhabitants. Is there a perfect candidate? No. There never is. But there is really only one candidate who is worthy of serious consideration by reasonable people.

And in North Carolina, the choice is just as clear. A vote for the current regime demonstrates that you do not care about me and other LGBT individuals in the state, about protecting the rights of other minority voters, about maintaining educational excellence, nor about attracting new businesses to the state.

The ball is in your court. Vote. Make the choice that suits your beliefs. But don’t let some stupid notion about there not being a real choice convince you that voting doesn’t matter (that’s just lazy) or that a “protest vote” helps anyone at a time like this.

Enough. I’m off to have a big Canadian breakfast and to enjoy a beautiful day in Ottawa. 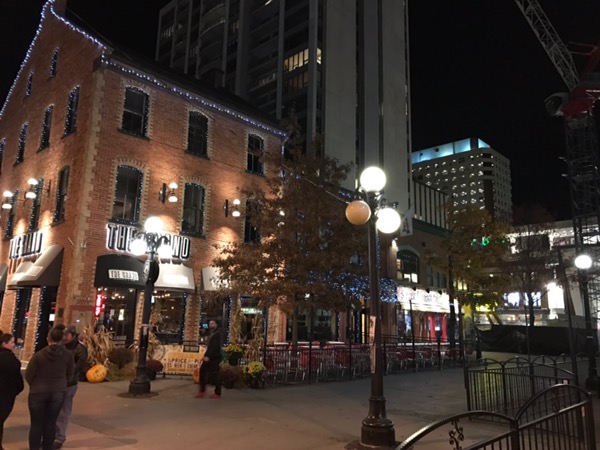 Afternoon on the Trans-Canada Highway, evening in Ottawa. I have a feeling I’ll end up spending an extra day here just like I did last time. I think I’m always a little surprised by how much I like Ottawa.