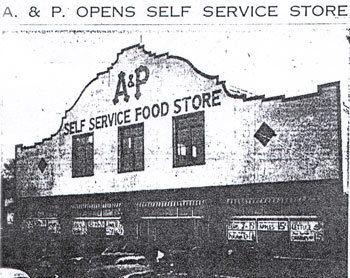 I can wake up in the bleakest, nastiest of moods and feel as happy as a clam after a few hours spent in the library and a few dollars spent on photocopies. In fact, I can only think of two other things that can make me that happy that fast. One of them is food and the other isn’t — or is, depending on how you’re mind is working today.

I had a realization today, one that I’ve had before and will probably have again. There’s probably no better career choice for me than to become a librarian. Whenever I think of it, I can’t come up with any compelling arguments against it aside from the potential of having to deal with the public. It’s something I really need to think more about.

But now I’m going to read about the grand opening of Charlotte’s first self-service A&P store in 1938.