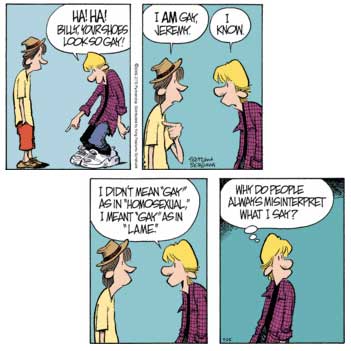 I’d known the whole band was gay for years. I guess it shouldn’t be a surprise to learn that one of them is homosexual too.

Maybe this would be a good segue into the new rant I’ve been working on for some weeks now, so here is The Big Gay Essay. It sort of sums up a lot of my thoughts on the subject, which have appeared in a hodgepodge of rants and journal entries over the years. I’m working on a similar one about urban issues as well, in case you care.