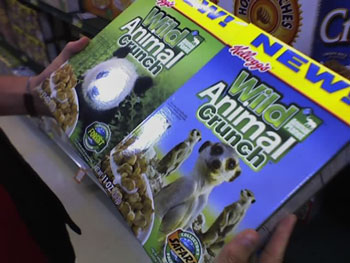 What exactly does it say about me that when I recently stumbled upon a dirty picture of a boy impaled on a water bottle, I paid very little attention to the boy himself, nor to the slightly disturbing fact that he had a water bottle shoved up his ass, but immediately noticed that the bottle itself was from Publix, a Florida supermarket chain?

No, I’m not going to link to the picture here.

Other random thoughts during this brief break on a very busy Monday:

For some reason, the strongest memory this song evokes is of my kitchen in San Francisco, and of me grabbing yet another Henry Weinhard’s from the refrigerator.

I was just thinking this afternoon about how long it’s been since I’ve hung out in the basement. So tonight, I did. Mainly because I was surrounded by tornadoes and assorted funnel clouds. Really close ones.

I think it’s over now, but this is one of the biggest (and longest) storms I remember in a long time. It’s been going on really intensely for an hour or more. My street is completely flooded, and the gutters have just sort of given up. It just keeps coming. And now they’ve extended the tornado warning. Maybe I should just sleep downstairs tonight.

What a creepy night.

Apparently, we’ve had four inches of rain in the past two hours. That would explain the street…

The only damage in out little corner of suburbia was from all the water that rushed into the laundry/storage room through a small gap in our garage door. It’s not a big thing; it’s just taking time that I desperately needed for other things this weekend, and sort of guaranteeing that I’ll be a big, streeed-out exhausted gob of goo by Monday.

But at least I’ll still have a house, even if it is one where the laundry room carpet is a little damp.

Side note: I’m inclined never to do business with this company. When I was a little more concerned about the water in the basement, I called to see how much they charged to come out and assess the damage. I was told that not only would they not give me a charge for the service call over the phone, they also (a) would not provide me with an estimate before they started work, and (b) would make me sign a form in advance saying that I would pay whatever the charges turned out to be.

I asked them how many people were stupid enough to fall for that. They couldn’t provide me an estimate on that either.

Look. It’s Henry Rollins back when he was still cute and hadn’t morphed into a grotesque muscle clone.

OK, maybe not, but it was still pretty good, especially following all the data analysis in the paper I finished on Friday.

I didn’t really expect to be busier after the semester ended than I was beforehand, but I’m in the midst of a big client project that’s taking much longer than I expected. I’ve been trying to at least update the video, so anyone who cares will know I’m still alive. More updates soon, though, including the story of how yer humble host may become the world’s oldest graduate assistant, and other exciting tidbits.

Maybe “exciting” is too strong a term…

I saw them at the Pterodactyl Club in Charlotte on this tour. It made me happy.

It’s way past 3AM. There have been no phone calls warning of the impending end of the world, or anyting like that. I just can’t sleep, because I have a lot of client-related stuff on my mind, none of which I’ll be able to take care of tomorrow because I’ll be sleepwalking through the day at a part-time job that pays squat, but to which I don’t even have the option of calling in sick. And after about three hours sleep tonight (and maybe five last night), I will pretty well qualify as “sick” once I arrive at work.

I had a job like this many years ago, and I swore I’d never take another one. But here I am. It seemed like a good idea a year ago (to me, at least) and it has allowed us to build up a decent “rainy day” reserve fund. But it just doesn’t seem worth the hassle anymore, especially when it’s keeping me from doing more lucrative work, and from engaging in activities that might further my actual career. And sleeping.

So I’m now resolved to be officially, ummm, separated from this position within a month. Pity it won’t do me any good tomorrow this morning.

All in all, though, I shouldn’t complain. At least I get to be awake at home at 3AM, rather than, say, in the Philadelphia airport.

Jeez, the past eight weeks or so have been pretty much one solid wall of pure drudgery for me, between buckets of client work, the end of the semester, and the sucky part-time job. It really just hasn’t stopped, and now that it’s winding down (at least for a while), I’m not quite sure how to react. As my perspective-laden husband has pointed out, it’s a lot better than the state I was in a couple of years ago, when I was largely unemployed and very worried about many things. But it still doesn’t change the fact that I’m flat-out exhausted and ready to do something fun.

The problem is that I don’t quite remember what’s fun. I have a sneaking suspicion it might not involve my computer nor spending more time at home. This is not to suggest, mind you, that I don’t love my house. I’ve just seen a little too much of it lately. 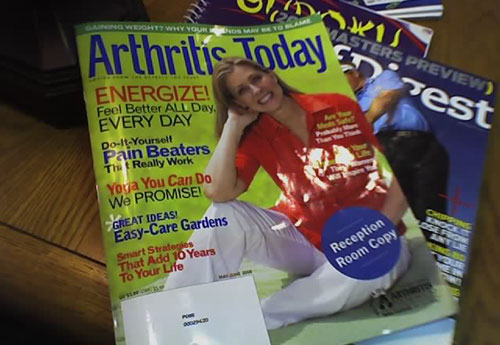 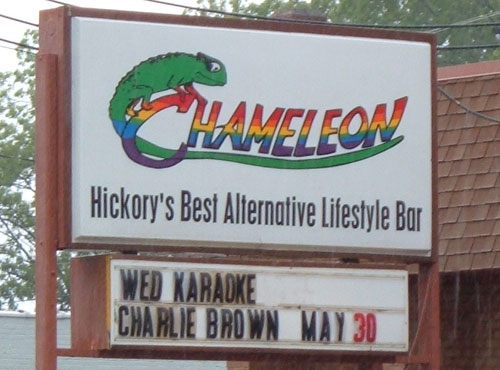 The scary thing is that there was probably no irony ivolved in the creation of this sign.