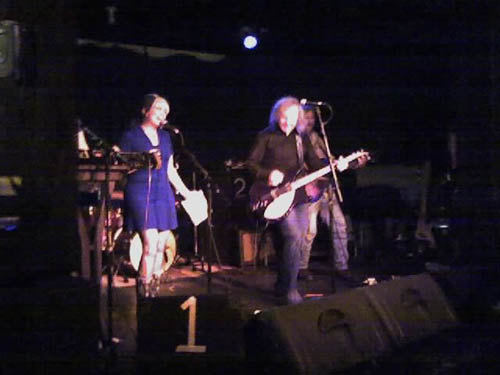 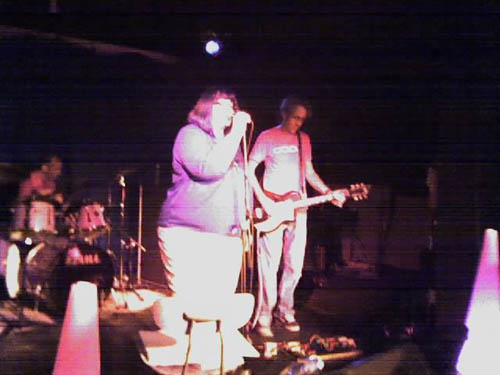 I first saw Let’s Active twenty-five years ago last month, about two miles north of where tonight’s show was. I met both Mitch Easter and my future San Francisco roommate at that show. REM was there too, but I didn’t meet them. My first brush with Pylon goes back even farther, to my first college road trip in 1982, when I saw them open for Talking Heads at the Fox Theatre in Atlanta.

I think most of the people I used to know around these parts either don’t live here anymore or don’t go out much. That’s not surprising; this is the first time I’ve gone to a show (or a bar, for that matter) since I moved back three years ago. I did, however, run into my faculty advisor from my undergraduate days at UNCG, which was sort of odd. I’d forgotten that he’d been in grad school in Athens in the early 1980s; he was all excited about seeing Pylon again. And we were both excited (relieved?) that there were people there who were even older than we were.

It was a great show, and when I left, it was cooler outside than it had been in a month, and there was a breeze, and I was walking around downtown Winston-Salem, and it was really nice, and I was thinking I really need to vary my pattern and do something other than the same old things once in a while. Not bars or shows specfically (I just can’t stay up that late and, well, I don’t drink), but just any sort of thing that I don’t ususally do. A change of routine is a good thing, especially for someone like me, who’s in danger of becoming exceedingly boring.