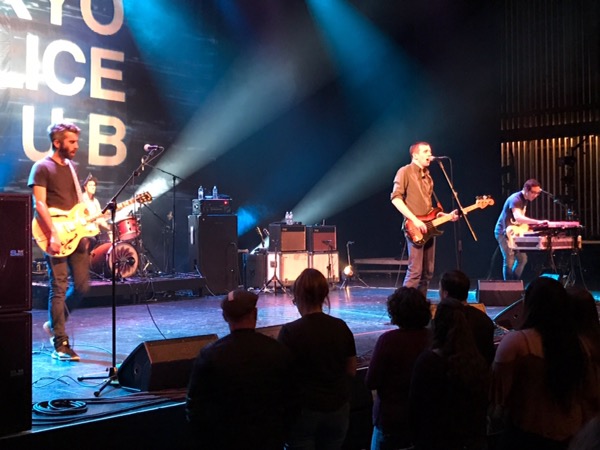 The Elwins and Tokyo Police Club, Richmond Hill Centre for the Performing Arts.

I was at this party. I am in this video. I am not saying when or where. 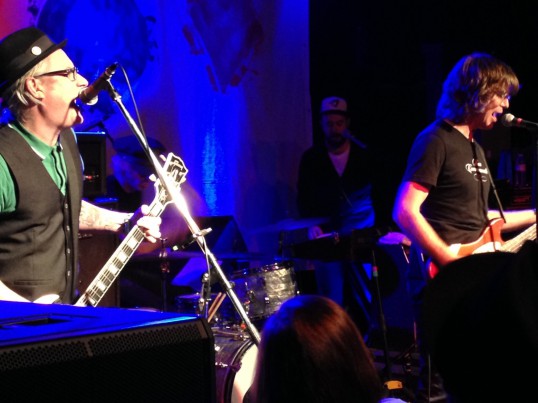 Sloan at Cat’s Cradle Backroom. This makes up for not getting to see them last year in Toronto. This was actually better (and much cheaper) because it was a small club. Great show with many fewer annoying 19-year-olds than at most shows in Chapel Hill. And my minor crush on Chris Murphy continues stronger than ever now that we’ve been just fifteen or twenty feet from each other. Sigh… My friend Jeff’s birthday is on Tuesday so last night I offered to buy him a birthday beer somewhere. Against my better judgment, I allowed him to talk me into going to Greensboro’s giant queer dance club. It’s a big warehouse of a place and I hadn’t been there in probably twenty years. Not surprisingly, it’s pretty close to being my personal version of hell.

When we got there, I was surprised to see that even though it used to open right onto the street, it had now sprouted a huge parking lot in front. They’d also added a big front porch with rocking chairs and it felt a little like a Cracker Barrel…clientele and all. The whole industrial area had been transformed into something surprisingly suburban-looking.

Inside, it was as annoying as ever, and it wasn’t very long till I was ready to escape. Unfortunately, I couldn’t find Jeff anywhere. After spending more time that I wanted looking for him, I decided to just leave.

For the life of me I can’t remember how I ended up on Patterson Street near the Coliseum. About halfway between Holden and High Point Roads, I saw what I thought was Jeff’s car, which surprised me because Jeff doesn’t drive. I was curious and decided to try to see what was going on.

As I closed in on the car, I noticed another car next to it and the two of them seemed to be driving kind of erratically and aggressively. All of a sudden, shots were fired out of the car that I thought belonged to Jeff. The other car returned fire.

I noticed a police officer had someone stopped on the other side of the street. I wondered why he didn’t go chasing after the two cars that were shooting at each other but he never did.

I backed off, hoping to avoid the fireworks. The two cars sped on toward the Coliseum and I figured I was safe at that point. And then one of them made a sudden U-turn and I realized I was just about to be in the line of fire.

Then I woke up.