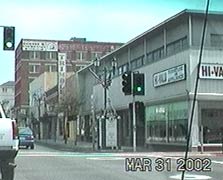 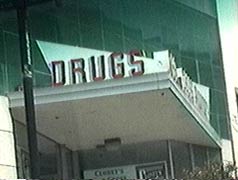 We had breakfast in the restaurant by the Motel 6 and were pretty much on our way without significant delay. We explored Eureka a bit, and we motored through Arcata and most of the rest of Northern California pretty quickly. Neither of us was particularly in the mood for hippie oceanographers on this Easter Sunday. 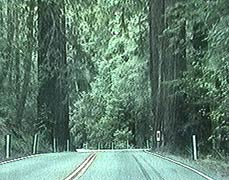 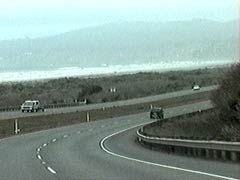 It was all very scenic. And I’m not saying that in a sarcastic way, even though I’m not really a nature freak. It was a good day for a drive. 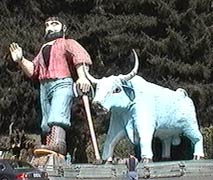 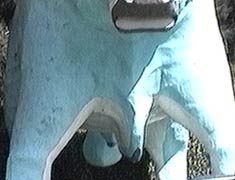 And for a stop at the Trees of Mystery, where we visited the gift shop (if not the actual trees) and wondered at Paul Bunyan and Babe the Blue Ox, noting that the latter evidently has the largest set of testicles on the west coast. 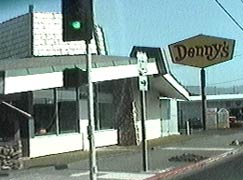 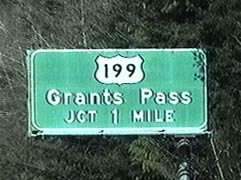 So Crescent City was just plain ugly, and I usually have a pretty high tolerance for that sort of thing. Highlights included a very old, very unmodified Denny’s and a Kmart which was among the unlucky ranks of those soon to be closed. My Funyuns were extra cheap. 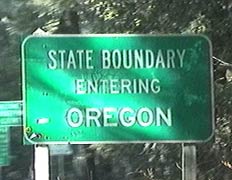 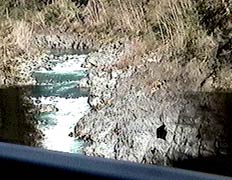 Just north of Crescent City, we left US 101 for US 199, headed northeast to Grant’s Pass. We made it to Oregon pretty quickly, and we’d arranged our gas consumption in such a way that we only had to fill up once in that strange state with no self-service gas. 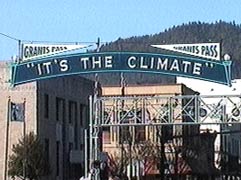 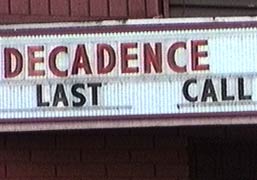 I like Grant’s Pass. It’s small and sleepy (and way too Mormon), but it’s an interesting little town in a redneck sort of way. There’s a cute (but not really cutesy) downtown and one of every fast food restaurant imagineable. And tons of cheap motels, although we weren’t in the market this go-round. You have to love anyplace which offers a last call for decadence.

We did fairly serious driving after Grant’s Pass (OK, Mark did fairly serious driving) and didn’t make a big stop until that Taco Bell in Eugene, where we also got gas. By the time we arrived in Portland (OK, Tigard), we were a little punchy. We searched the streets near the Motel 6 for an open restaurant, found none, and bought a late supper at the Safeway across the street. Then we slept.