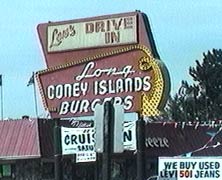 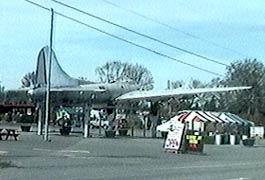 We bypassed the drive-in in favor of the Bomber Restaurant. A little history: the bomber in the parking lot used to act as the canopy for a fairly famous (among roadside history buffs) gas station. Now the restaurant remains, serving cheap and damned good food in a friendly sort of way, all to the accompaniment of 1940s pop standards. 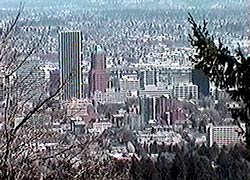 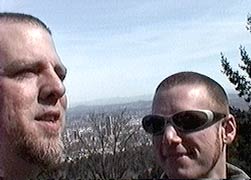 After breakfast, we drov through downtown again and made our way upto the Pittock Mansion, where you’ll find a mildly entertaining house overlooking some of the best views in Portland. 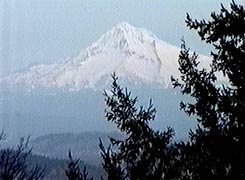 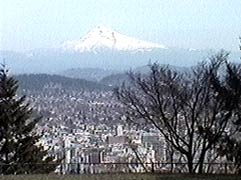 Cities with active volcanoes overlooking them are always picturesque, if a little nerve-wracking. And I also like cities with actual vegetation, although my allergies don’t always agree. That allergy thing would come back to haunt me. 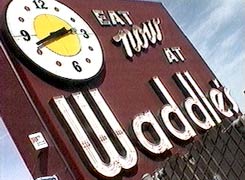 It was time to leave Portland now, since a one-week trip only allows so much time in any one place. We crossed our final bridges, stopped at Waddle’s and Safeway just before the Columbia River, and were on our way still farther north. Oregon thanked us on the way out. 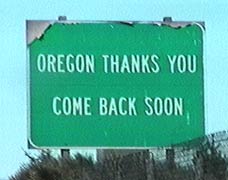 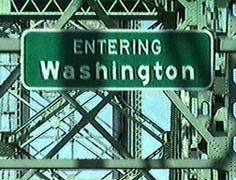 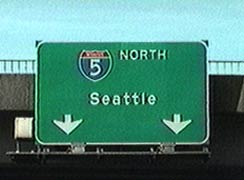 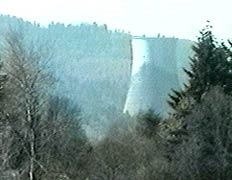 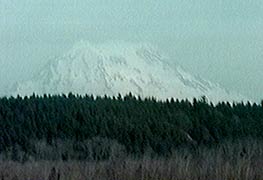 Portland to Seattle is a pretty quick drive, actually, but along the way we were treated to a couple of active volcanoes, one very pastoral nuclear power plant, and the Tacoma Dome. Well, there was that gaggle of skate rats at the ARCO station in Kelso too, but I didn’t even steal a glance. Really. 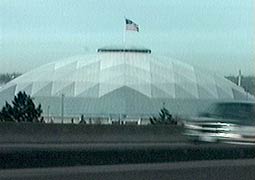 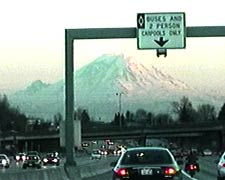 Upon seeing Mt. Ranier, we knew we were pretty much there. A few more miles and we found our Motel 6 in scenic Sea-Tac. It really was; we had a view of Seattle’s favorite volcano right from the window of our room. We christened said room by taking care of one minor emergency and then set off into the night in search of food. 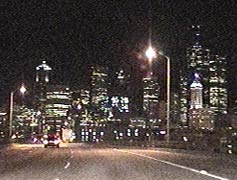 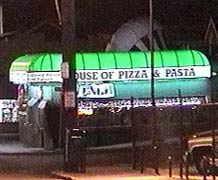 As might be expected, we found it on old Highway 99, which is known as Aurora Avenue north of Seattle. Cheap pizza, spaghetti, and beer in a smoke-filled environment. Who could ask for more? After dinner, we sampled the neon of Aurora Avenue and one chain drugstore… 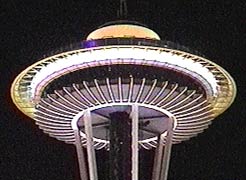 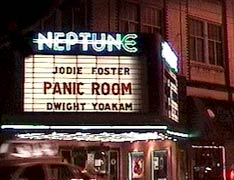 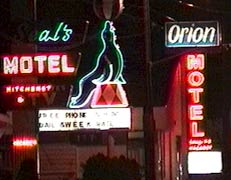 Aurora Avenue. Home to enough neon motels, old diners, and supermarkets to give me a permanent stiffy. We went up and down this stretch of what used to be US 99 many times. Pictures were taken with reckless abandon. 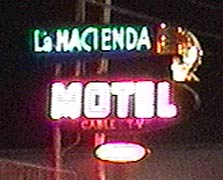 We never quite made it to the Elephant Car Wash for the purpose it was intended to serve. 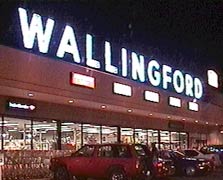 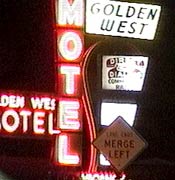 We found neon in Green Lake, neon in Wallingford, neon downtown, and neon in the university District. 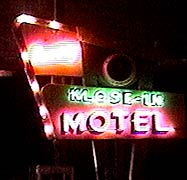 And we headed home by way of downtown. Where we took pictures of each other under some of the most famous neon around. 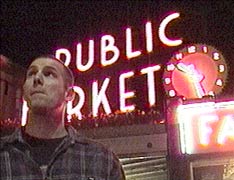 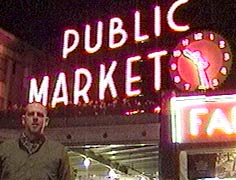