I can’t remember the last time I enjoyed watching a concession speech quite as much as I enjoyed Elizabeth Dole’s. She was obviously quite bitter, and I’m not sure if she was more pissed off at Kay Hagan or at whichever of her staffers suggested the “Godless Americans” campaign that backfired so completely. 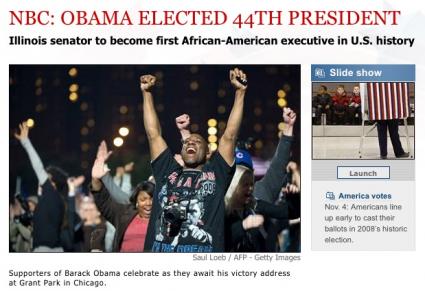 And as I post, CNN and NBC have just called the election for Barack Obama.

It’s pretty historic, all in all. We have our first African American President, North Carolina has its first female governor, and one woman defeated another woman in our Senate race.