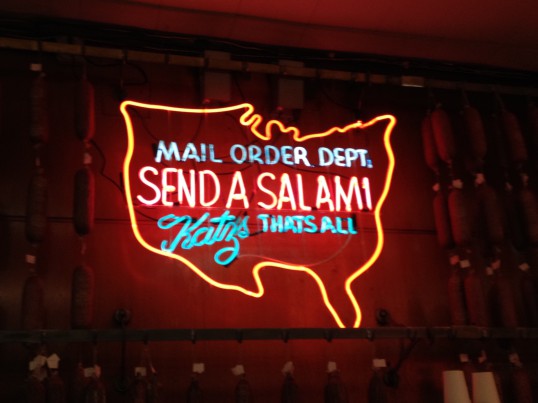 If you’re keeping up with such things, I’m having a great time in New York. Got to spend most of yesterday with my friend Dan, who — despite our only having been in the same physical space four times in the past 18 or 19 years — manages to be one of my closest friends and Who also bears some significant responsibility for my midlife career change. Ah, those interwebs the kids keep talking about… 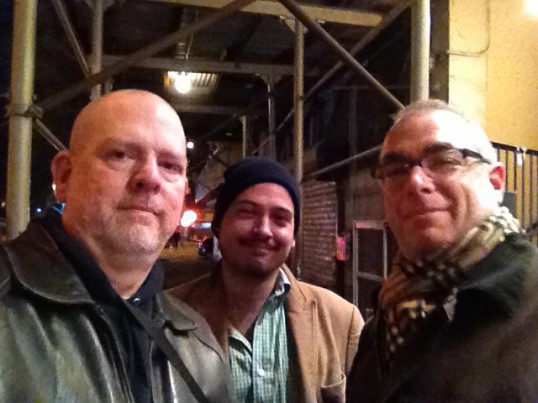 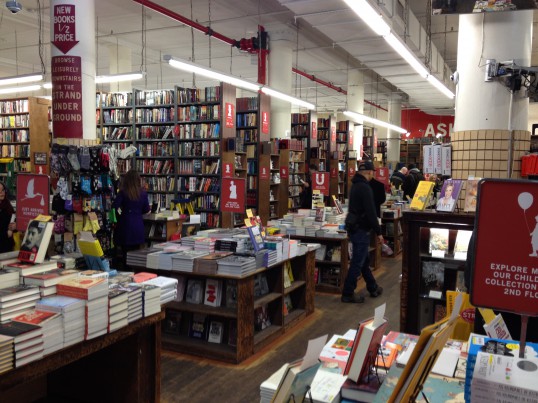 I have eaten enough red meat to render my colon virtually useless and have taken many pictures, some of which you’ll get to see later. And so far, I’ve been really good about the books. I’ve only bought three. That may change.

Tomorrow night, it’s dinner with my friends Lori (who holds the unusual distinction of being the only person who has lived simultaneously in every city I have, if only for a few months) and Margo (who was the partial inspiration for one of my first major road trips way back in 1988). We will be frolicking in the Lower East Side, if you happen to be in the neighborhood.

I’ve spent a lot of time the past few years getting back in touch with old friends I missed and some I’d neglected. I can hardly express what a very good thing this has been.

I also have to admit that, while I’m not really a travel snob and don’t really need four-star (or even three-star) accommodations, it’s still a lot more fun being grown up and middle-class enough that I don’t have to stay in toilets and eat at McDonald’s. Just sayin’.

But damn, I take exhausting vacations…