Tonight at dinner, a friend and coworker was asking me if I thought I’d ever get married again. I replied, as you might imagine, that I could scarcely imagine anything more unlikely. But I may have changed my mind. I think I’m ready to engage in a long-term relationship with the shower head in my hotel room. It’s quite wonderful. It’s not a sex thing, but damn…

That said, the “massaging soap” is really creeping me the fuck out. 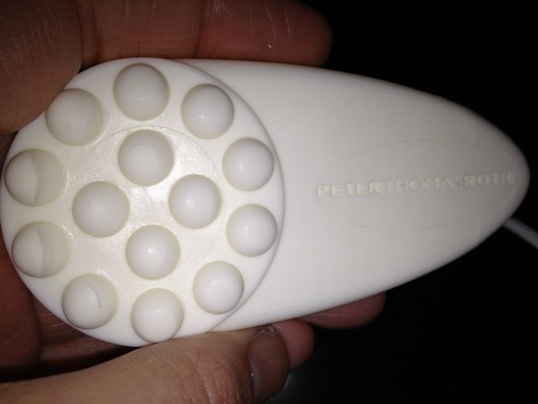 Photos from my recent weekend in Bristol, Kingsport, and Johnson City. I’d always thought it would be fun to spend a weekend there. I was right.

Interesting article from the RaleighCharlotteNewsObserver about how the southern accent is disappearing from urban areas in North Carolina. We’ve all been hearing this for years and it is, of course, true. I work with lots of younger NC natives who sound no more southern than the people I worked with in California and I sometimes spend days at a time going about my business without hearing a noteworthy twang. I think this research is too quick to dismiss the impact of broadcast media, but that may be an artifact of the article rather than the actual research.

People here have a hard time figuring me out too. With my North Carolina roots having been moderated by some speech training, by some low-grade radio work, and by thirteen years in California, the average person I meet has no clue where I come from (although they could probably figure it out by paying close attention). And I kind of like that. And some stuff for a warm spring evening: 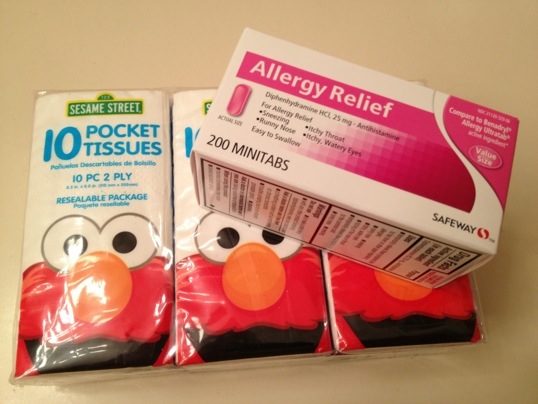 Photos from my New Year’s trip to Norfolk, Virginia Beach, and environs. These were delayed by, you know, all the rotten stuff that happened in January. It was a great trip, though.

Granted, I can be as pretentious as the next guy and the new cover is not my cup of tea either. I also fully understand the issues of how mass-market retailers manipulate the publishing industry. Maybe Mr. Cassem’s comments were tongue in cheek, but the last paragraph in this article just irritated me:

As to whether the new, DiCaprio-ed edition of “Gatsby” would be socially acceptable to carry around in public, Mr. Cassem of McNally Jackson offered a firm no. “I think it would bring shame,” he said, “to anyone who was trying to read that book on the subway.”

As a librarian I’m pretty excited at the prospect of thousands of new readers being introduced to a piece of classic literature–in WHATEVER format. To suggest that people should be ashamed to be seen reading a great book because it has a flashy cover or was purchased in the “wrong store” is just ludicrous and makes me want to buy my books from someone with a touch less attitude.

Still pondering the ultimate first world problem of which of my two houses to live in. I’ve pretty much settled on moving into my parents’ former house and putting mine on the market. But I’ll be doing this after some significant work on Mom and Dad’s place. I’m definitely not one of those HGTV zombies who’s incapable of uttering any phrase other than “granite countertops and stainless steel appliances” over and over again, but  some kitchen renovations really are called for here. I do require at a minimum, for example, that all the appliances work and that the cabinets and counters not be coming apart. Frankly, there was some serious deferred maintenance there. Plus it’s extremely important for me to make the place my own if I’m going to live there–something of a fresh start after the past few years of associating the place with illness and death.

But I’m really going to miss my house in Winston-Salem. Despite the fact that it has caused “issues” for me, I love the place. I love the neighborhood. I just hate the commute. And not having a mortgage payment will be kind of nice too, assuming my house sells soon.

As such, I’m cleaning out Mom and dad’s house now. Unless you’ve dealt with someone who’s a borderline hoarder and also develops dementia, you cannot imagine what I’m facing in the process. There was an almost unfathomable amount of stuff crammed into that house, all of it completely disordered. In one box, I might find clothes, food wrappers, bills, photos from 1942, jewelery, cash, and used Kleenex. I have to look inside every box and pocket before discarding something. The most heartbreaking things, though, are the notes I find in my mom’s handwriting dating from the last few months she was at home. They’re sometimes indecipherable but generally seem to be attempts to jog her memory as to what that checking account statement actually was–or warnings to anyone who found the manual for her TV remote that it was personal and confidential and they should leave it alone. Alzheimer’s is an evil, nasty thing, in case you were wondering.

So my next few months will involve lawyers and contractors and lots of trips to Lowes and contemplating things like getting rid of the cable and hooking up to gray-market Canadian satellite TV instead (different story altogether…we’ll talk later). I’m not handy around the house. These will by and large not be DIY projects; they’re going to be done right so I can sell the place when the time comes.

Speaking of satellites, I’m loving SiriusXM. Inpsired by friend Duncan, I checked in to see if I could get a new free trial period on the two newer cars I now own. I was able to, but they only gave me two months. I think I’m already hooked, though. Between the 1940s channel and the “college radio” channel and the two very wonderful francophone pop/rock channels from Canada, it’s all rather compelling for some who like radio as I do. The iPod/iPhone is a nice route but sometimes I need the element of surprise that you only get from radio. It’s sort of a necessity for me. I think it will be quite lovely on roadtrips.